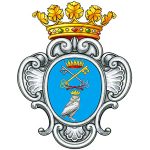 The Story – Who We Are

The present small rural town of Santa Barbara - Fraction of Galatina (Lecce) - developed especially in the twentieth century around the homonymous Masseria of the sixteenth century.

In the medieval documents the place got the name of “Santa Barbara De Paludibus” because of a swamp now reclaimed which in the ancient times worked for the maceration and linen processing.

Near those agricultural lands was built in the sixteenth century a farm that after different owners was sold to the Baron Domenico Andriani.

The Andriani De Vito Family was the only owner of Santa Barbara till the abolition of the feudal system.

The Guido di Noha family of Galatina in 1919 bought by the Barons Andriani De Vito the agricultural property where today stands VILLA OASI which preserves parts of the 600’s building with rooms with star vaults, the outer yard and the crusher for the production of oil and wine.

Today always the Guido Family with Vincenzo, Annachiara and Luciana After generations they continue to take care with care and love of this property with the large swimming pool and the indoor and outdoor park with its majestic pines.

Villa Oasi with its large swimming pool is immerged in the Salento countryside among secular olivewood, quality wineyards, almond and figs trees, and prikles pears.

Respecting the centuries-old traditions Villa Oasi with its distinct and autonomous facilities offers great hospitality and makes the holiday comfortable and pleasant, ensuring the right privacy.

You will live an unforgettable holyday back in time, in the beautiful Salento between Adriatic and Jonio seas.

Welcome to Salento at VILLA OASI !

In memory of the beloved Father and Husband Dr. Angelo Antonio Guido sons Vincenzo and Annachiara and his wife Luciana Paolucci

The Guido Family from Noha – Galatina bought the agricultural property from the Barons Andriani De Vito in the 1919, where now there is Villa Oasi.